This week's harvest was a little better since the weather has warmed up so much. Today was in the low 80's. 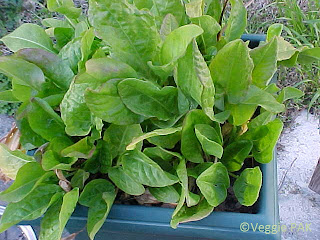 The schav, or sorrel as it's known around here, looked pretty good so I decided to harvest it in order to make some potato and schav soup. I was able to get 5 ounces of it. 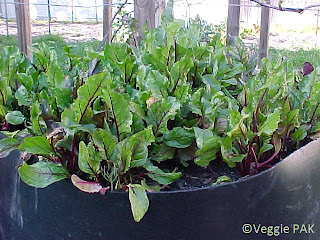 The Detroit dark red beets are the same size as they were last year with no bulbs to speak of. The root might be as large as the diameter of a wooden #2 pencil, that's it. They were planted on October 29, 2010, and this is as far as they have grown during that length of time. 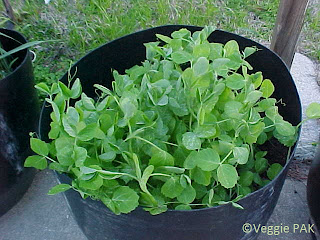 My green beauty garden peas (courtesy of Michelle of CA) are doing nicely. 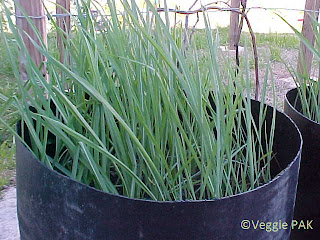 The salsify is actually growing this year. It was planted the same time as the Detroit beets. 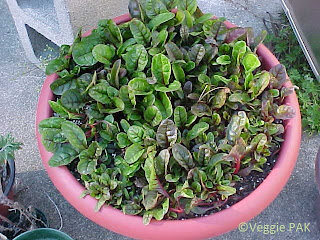 This is the ruby red swiss chard that my grandaughter planted for me a while back. I'm going to transplant them into the garden so they can flourish. 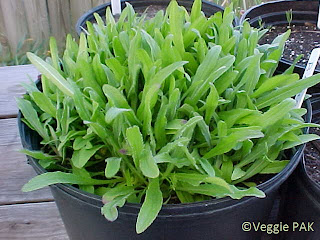 These are Bachelor Buttons I planted for the bees and butterflies. They are supposed to really like them. I'll be transplanting them throughout my yard. 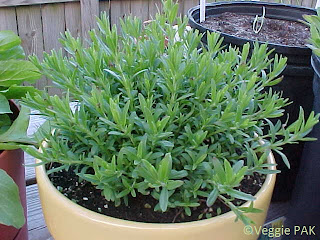 This is my French Tarragon. It is really starting to grow vigorously. 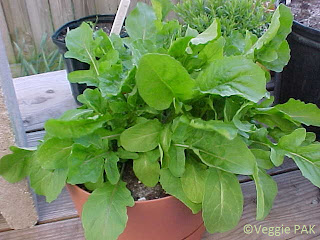 Here is some Tuscan Arugula (courtesy of Michelle of CA). It is growing very well. I'll need to move them to bigger pots. 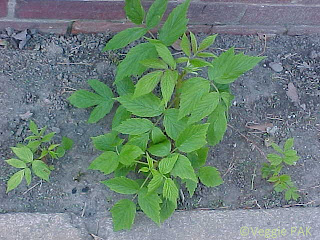 These are three pictures of some of my heritage red raspberry plants. The smaller ones have sprung up from the root of the parent plant. Hopefully, more will be showing up. 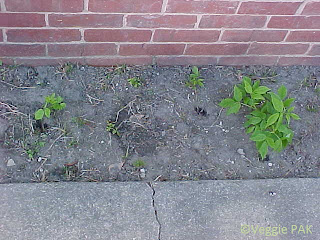 Two new plants have come up near the house foundation. 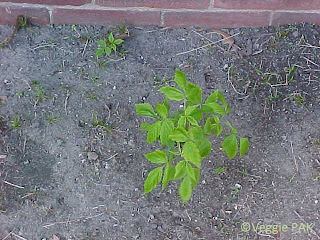 These raspberry plants seem to be growing very well in this area of my yard. It's just the strip between the house and the concrete driveway, but they look happy there. I'll be happy to pick the raspberries they produce. 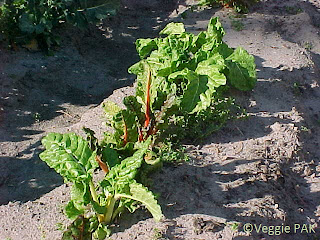 The Swiss chard did pretty good over the winter considering the snow that was on it for so long. I was able to pick 1 1/2 pounds of it for this week's harvest. 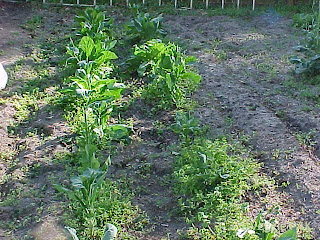 The Vates collards were picked today for the last time. I pulled them out as I picked the leaves off. I had a total of 7 1/2 pounds of collards for this week's report. 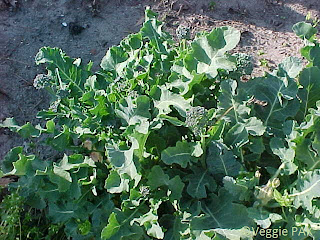 The broccoli has produced all that it could for this year. I have to pull it out to make room for the new plants. I picked 8 ounces for this weeks harvest. 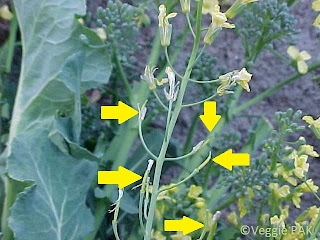 My broccoli was the Waltham 29 type for this year. It did pretty well considering the harsh winter it went through. Since it bolted, I thought I would give seed saving a try. At first I thought something had gotten into it and eaten the parts where the seed pods would form. Thankfully, I was mistaken! If you look near the points of the yellow arrows, you can see the lighter green seed pods that are forming. I didn't realize that is what they were until I got very close to them and then could see the individual seeds in each pod. This is the first time in my life that I am saving broccoli seeds from my own plants.

Well, that does it for this week's report. I hope everyone is enjoying warmer temperatures and adequate rainfall.

Thanks for visiting!
Veggie PAK