I'm Happy to be Posting Again!


First and foremost, I am not a computer geek. That being said, during August and September I haven't been able to upload pictures to my blog as easily as I had in the past . I thought maybe it was because I hadn't updated to Blogger's new templates. So I thought I would explore them and see if there was a new template that appealed to me, and at the same time I thought that utilizing a new template might alleviate the picture loading problem. While exploring the new templates, I tried one specific one and to my dismay, I couldn't get rid of it. There was no way to go back. There were no drop down menus or buttons to click on to go back, or even to do anything. I was stuck! I couldn't sign out or in but the only thing I could do was to scroll up and down. That was it. I went to the Blogger Forum and posted my problem, hoping to get some guidance. After a few days with no answers, I posted there again. Finally on October 23rd, someone posted a reply to my questions, only to say that they too, were having major problems uploading pictures.

I decided to try loading Google Chrome to see if that made a difference. It did, but only to a point. I ended up being able to select a template that was able to overwrite the problem one, but the font was tiny. I changed that and it worked in design mode, but when I viewed my blog the font went back to being tiny. I figured that I would learn to live with that, so I went on trying to see what changes went into effect using Google Chrome. Ultimately I found that I was able to upload pictures but was unable to change the font on my blog. I saved it all and closed it out and went out of IE as well. I went back in to Blogger via Google and opened my blog, thinking that I had successfully changed something that would now let me use my blog. I found that I still couldn't upload pictures there. It occurred to me to go back to Google Chrome and open my blog and upload the pictures there. It worked. But I still couldn't make the font change stick. So what the new post process has evolved into for me is this: Go into Google Chrome, try twice to get the "sign in" text to appear, sign in, upload my pictures, save and close it, go to regular Google, open my blog, sign in and do the editing there and save it. The process is tedious and frustrating, but at least I can still do my blog. At least I hope I can. If successful, this will be my first post using this method. 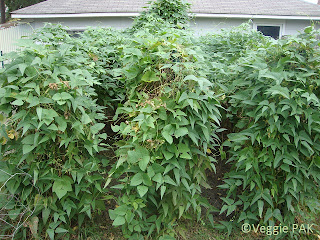 This is what my willow leaf Lima bean plants look like now after the tops have crossed over the rows and continued growing on top of the next row of fencing. After going through a period of several weeks where there were no beans there to harvest, we were finally able to pick some beans. 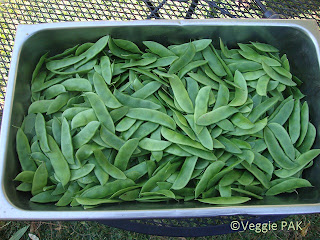 I picked six and a half pounds of butter beans last Saturday morning. We were excited to get them and to see that there were many, many more pods on the plants that will hopefully fill out before we get the first frost in middle-to-late November. There are even more flowers than pods on the vines at this writing, so the potential is there for good future harvests. 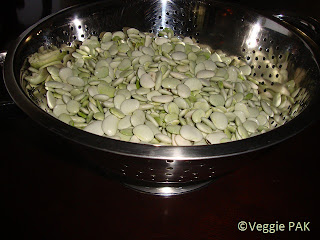 Those butter beans shelled out to be two pounds seven ounces. I'm delighted to have that as a harvest at this time of year. 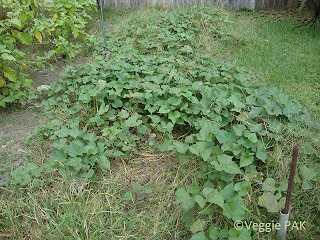 The Beauregard sweet potatoes have been looking healthy all during their growing time. I only planted seven plants and this is the size their vines grew to. I'm not sure what we'll find when we harvest them shortly. 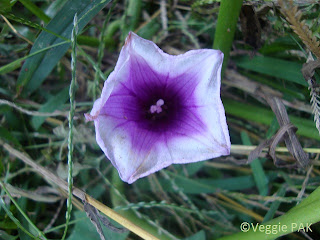 This is the only sweet potato flower that I have seen on the vines all during their growth. I wasn't sure if that meant there would be few potatoes or none at all. 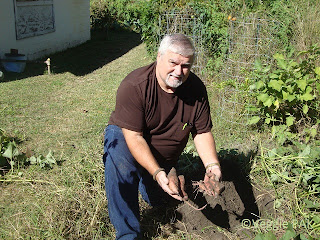 Much to my surprise, I had some nice sweet potatoes! I wasn't sure what I would find under all those vines after reading all that I did about the yields that you could expect. I had read that some people lift the vines every so often so they won't begin to grow fingerling size potatoes. I didn't lift mine, but found that there were both sizes under the vines. The nice sized potatoes in my right hand in the picture were dug from the outermost perimeter of the potato bed, not from under a main plant. 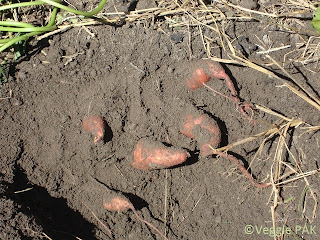 When I reached one of the main plants and pulled it and hand dug the soil away, this is what the sweet potatoes looked like. 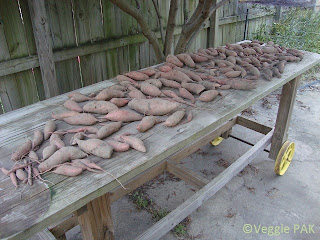 This is the yield we got from the seven plants that I started with. Thirty-three pounds of Beauregard sweet potatoes. Most are nice sized, but there are many fingerling ones as well. 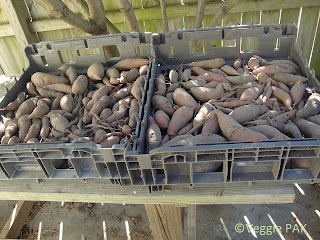 I found a very handy use for two stackable bread racks that I had in my shop. I use them for curing my harvest during the day in the shade and then bring them in at night so the dew won't settle on them.

I must say that digging these potatoes was very hard, meticulous work. I only cut two of them, but trying to protect the ones out of sight under the soil resulted in the process being very laborious. It took me from ten o'clock in the morning to four o'clock in the afternoon to dig all these up. These potatoes occupied space in my garden for one hundred and thirty four days. That's quite an investment in garden space for the yield. In my current location, I don't think that I will be planting potatoes again. If I had a very much larger garden area, I would do it again and plant even more. 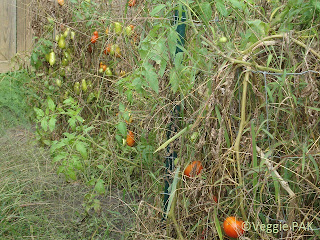 The Roma tomatoes are hanging in there into the fall. Last week I picked 106 Roma tomatoes and they weighed in at fifteen and a half pounds. I also picked twenty six Park's Whopper tomatoes at a weight of seven pounds and 10 Celebrity tomatoes at three pounds. Later this week I am going to pull all the green tomatoes and use them for making Green Tomato Relish. 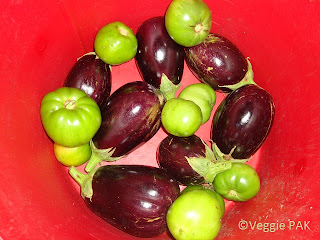 I picked the last of the Black Beauty eggplant since my last post. The seven eggplant weighed in at four and one quarter pounds. I had picked some green tomatoes to try making fried green tomatoes, but I didn't get around to it quick enough and they ripened in the kitchen! 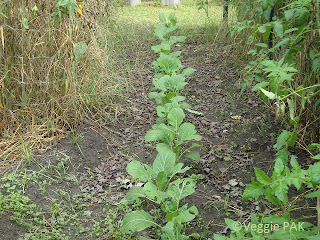 I have one row of Vates collards growing nicely. I'm hoping to get some more plants to put in after I pull the tomato vines and prepare the soil there. 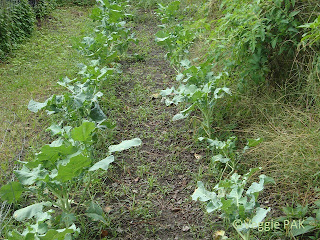 I have two rows of broccoli that are growing very well. I need to get in there with the Mantis tiller and get those weeds before they get bigger. 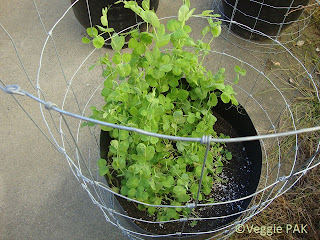 My Green Beauty Snow Peas are doing well in one of the half barrels in my driveway. I had to move the container from the center of the driveway over to the far side so the plants would get the most sun they could. When they were in the center of it, the shadow of the house next door covered them early in the day. 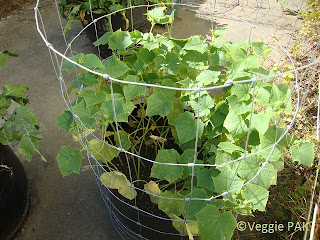 Since I have had nothing but bad luck with cucumbers for the last two years, I decided what the heck and planted some seeds in a half barrel. Like the snow peas above, I moved their container so it would get the most sun hours possible. 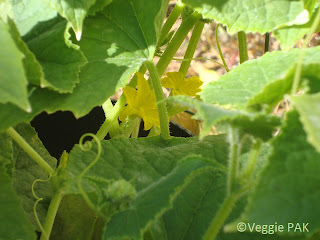 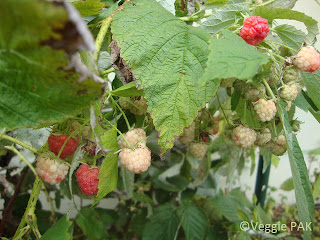 As of this writing, the raspberries have really slowed down. However, in the middle of the month they were producing pretty well. 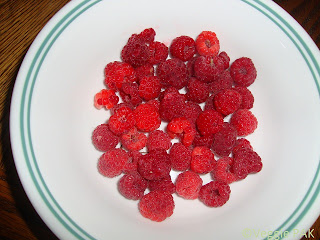 This is three ounces of berries picked at the middle of October. There were more after that picking, but my granddaughter picked them and ate them right there by the plant. It's really special to me when a three year old child says to me, "Poppa, can I pick those?" I like that all my grandchildren know where food really comes from. 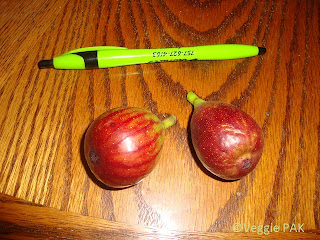 Another fruit that I have been enjoying for breakfast lately is figs. I take Molly out in the morning and walk around the garden and stroll over to the fig tree and pick two or three and enjoy them right there. There aren't many left on the tree, but every two or three days there will be a couple ready for picking and enjoying. 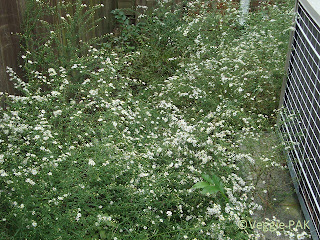 On the north side of our house the ground doesn't get much direct sun, so I don't have to cut the grass there many times during the year. I was surprised to find that wild asters have grown up all over the area. I really like seeing all the insects that are buzzing around the flowers, and the wild asters serve as a great ground cover. I will be letting these go to seed and hopefully they will grow back even more next year. I need all the pollinating insects I can get to make sure my garden does well. If these flowers help support their presence, that's fine with me. 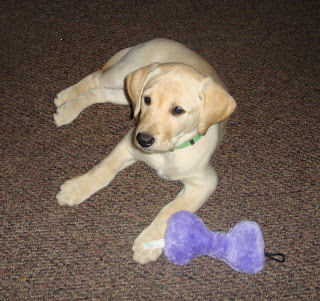 Then.
Remember Molly, our little puppy? 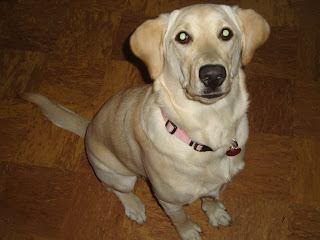 Molly has grown!  She is now 68 pounds and a chaser of squirrels and an excellent protector of our home. We love her.


That completes this post on my garden activities. I hope Blogger will leave things alone for awhile now. It was an exasperating experience trying to overcome whatever it did to my blog. Nevertheless, I'm very happy to be back and sharing my gardening experiences with all the wonderful folks out there. I do thank Blogger for the ability to be out there with all of you!

Have a great vegetable gardening day!
Veggie PAK
Posted by Veggie PAK at 10:12 AM