Tell the EPA to keep toxic strawberries off America's plates

This is the second issue that I choose to share with you. Just because fruit is for sale in a supermarket don't think that it is safe to eat. The FDA and the USDA aren't looking out for us, the people. We can't buy their influence like corporations can.

Thanks for reading my blog and allowing me to share this with you. I hope you find it informative.
Veggie PAK

"It’s springtime again and soon it will be summer and children across the country will be enjoying one of their favorite fruits — strawberries. Unfortunately, due to a poor decision last year by the California Department of Pesticide Regulation and outgoing Governor Arnold Schwarzenegger, America’s children will continue to be exposed to the toxic pesticide methyl iodide. [1] 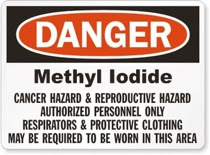 Known as “one of the most toxic chemicals on earth”, methyl iodide is a proven cancer causing agent as well as an endocrine disruptor and powerful neurotoxin. Allowing it to be sprayed on one of America’s favorite fruits will endanger our children who eat them, farm workers and local residents in California.

Already banned in New York and Washington because of its toxic properties, the Environmental Protection Agency (EPA) is now reviewing the 2007 Bush era decision to approve methyl iodide for agricultural usage. The EPA is asking for comments from the American public in helping them make the decision on whether or not to ban this toxic chemical for agricultural use.

More than 50 scientists criticized the 2007 approval stating that the review process was hidden from the public and the focus of the research was too limited. There is little left to debate on the safety and necessity for this chemical use. [2]

Let the EPA hear our voices loud and clear: NO Methyl Iodide - now or ever.

Please take a moment to register your comments today. It's easy. We have suggested text for you, but encourage you to use your own words to make it more impactful. Click on here to send your message to Lisa Jackson, EPA Administrator.

It’s time to let the chemical pesticide industry and our government know that we’ll no longer stand idly by as they continue to put corporate profits over the health and safety of our families, farm workers and the American public.

Tell EPA Administrator Lisa Jackson to ban the toxic methyl iodide from being used on our food and our fields.

Click here to add your voice to the public comment to make sure the EPA bans methyl iodide for agricultural usage.

Thank you for participating in food democracy,