Hurricane Irene Forced Me to Pick My Peppers.

With Hurricane Irene bearing down on us and being expected to hit us today, yesterday we went and picked all the giant green marconi peppers and sweet banana peppers. 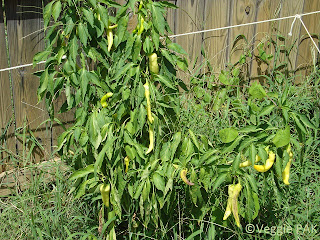 There was a nice harvest of banana peppers. They totaled one pound four ounces for 63 of them. Some were on the small size, but I didn't want the weight of them to break the plants in the high winds we were expecting, so we picked them too.

The giant green marconi peppers were looking pretty good for a nice harvest, hurricane or not. 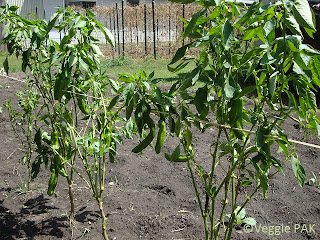 The plants were loaded with nice peppers. 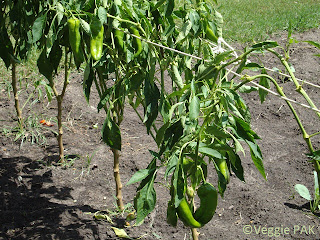 We ended up with a harvest of 65 marconi peppers that weighed in at 5 pounds 8 ounces. 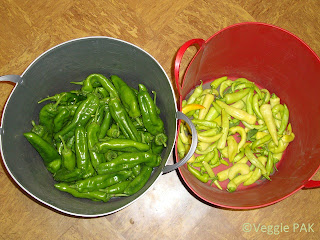 Here are both types of peppers right after picking them. Don't they look nice? 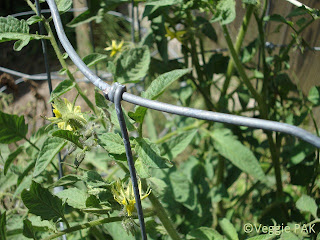 Today I have some blossoms on my Cherokee Purple tomato plants. Hopefully, after Irene they will still be there.


I have a couple of pics of the Cherokee purples that are actually bearing fruit! 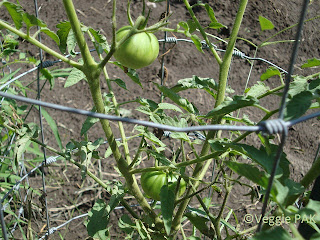 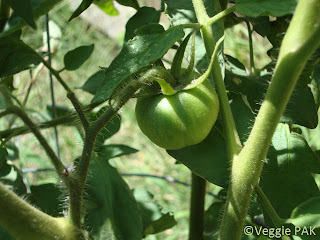 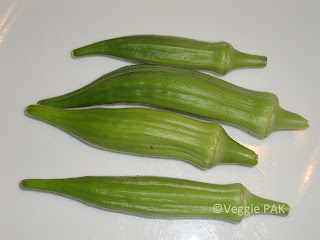 Next comes the okra. I was able to pick four of them yesterday and they weighed two and one quarter ounces total. I love okra and I hope these plants produce really well.

Fortunately, I chose to plant six plants in a half-barrel, out on my driveway. The seedlings I bought took off well and are flourishing in there. Now one of the benefits of having them in a barrel is that when the weather turns really bad, we can slide them off the bricks and onto a four-wheeled dolly and roll them into my shop. That's exactly what we did! My son Jonathan helped me get the container into the shop out of bad weather danger. 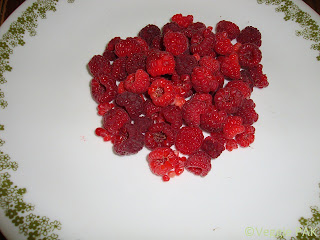 After I had picked the okra yesterday, I went over and picked the raspberries. I picked a very nice 3 3/4 ounces in one picking.

I actually went out during a lull in the storm today and was able to pick another 1 3/4 ounces of raspberries  before they could be destroyed by the high wind.


That wraps up the current status of how our garden is doing. Hopefully, it will still be there after this wind subsides.