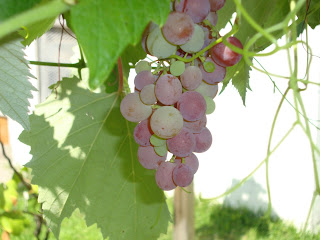 This cluster of grapes is turning various shades of burgundy. I'll have to put some netting over that area to keep the birds from getting them before I can. While I was gone, the grape vines grew quite vigorously, so I have to tie them up so they'll grow correctly on the supporting wires. 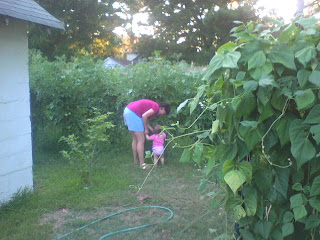 My daughter-in-law with my 1 year old grandaughter checking on the Parks Whopper tomatoes. 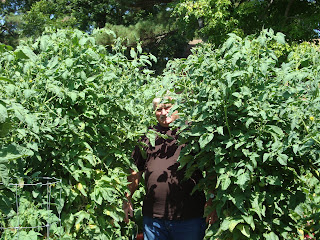 The garden grew very vigorously while I was gone. Look at the size of these organic tomato plants! 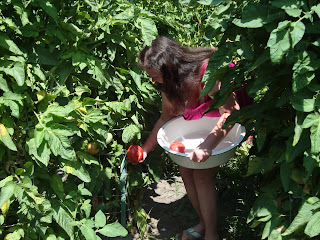 This is my wife helping me with the picking upon my return. She took care of watering the garden while I was away. 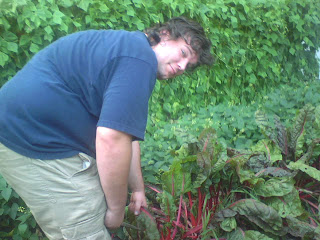 My youngest son helped by harvesting the Ruby Red Swiss Chard during my absence. 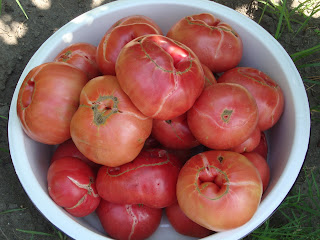 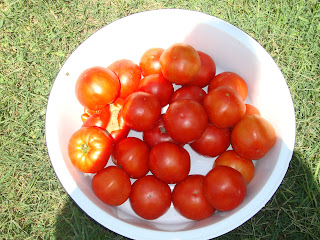 When I returned to Portsmouth, we did a major harvest of ready-to-be-picked organically grown vegetables. Here are pictures of the Brandywines and Park's Whoppers we picked all in one day. 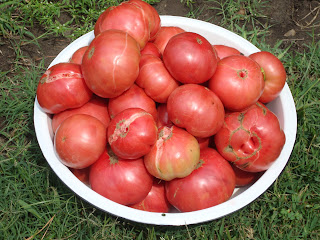 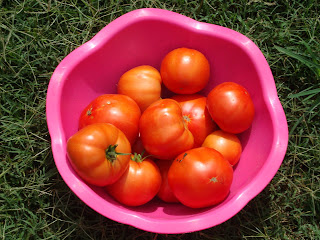 This is what we picked the next day. We had some rain, and that caused some to begin to split. Almost every Brandywine Tomato was well over one pound each! 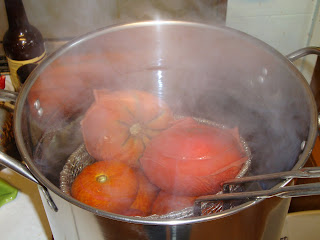 I began scalding the tomatoes in order to get the peel off before canning them. 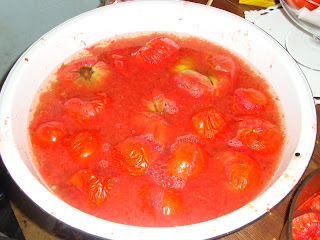 The last of the scalded tomatoes in the porcelain pan my grandmother used in her garden on the farm to put her picked vegetables in when I was a little boy. 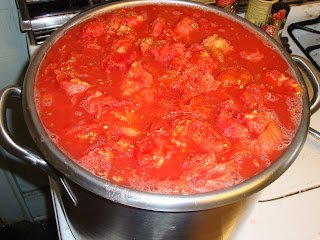 A 21 quart pot full of steaming hot tomatoes ready for the canning jars. The scent of cooking tomatoes filled the house as it did when I was a child and my mother and grandmother were canning tomatoes. It smelled wonderful to me then and now! 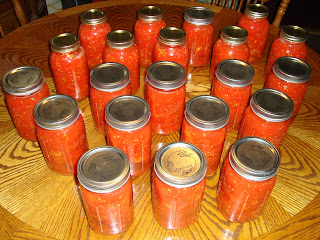 The result of our efforts thus far... 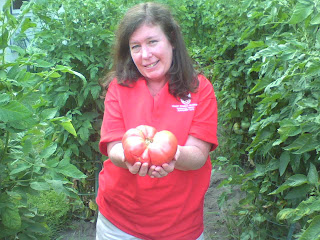 Here is my wife holding the prize of the garden in her hands. A two and one half pound Brandywine Tomato!


Thank you for letting us share our vegetable gardening experiences with you. I hope it serves as an inspiration for others to plant the seed and enjoy wholesome food from their very own garden, be it in containers or otherwise.