The Weather is Changing Here in Zone 8. 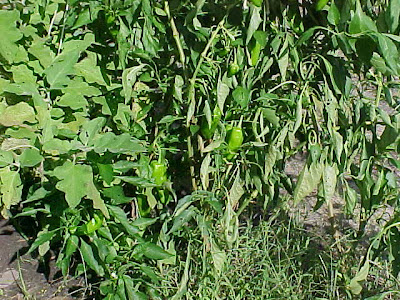 It appears that the Giant Marconi peppers liked the rain we had for the last several days. Even with the weather cooling off here in Zone 8, the vegetables are looking pretty good. I'll probably be picking these peppers in the next day or two. I had planned on pulling out the plants much earlier than this, but when I actually was standing there ready to do it, I saw all the blossoms coming out. I decided to leave them alone. It looks like that decision will pay off nicely. 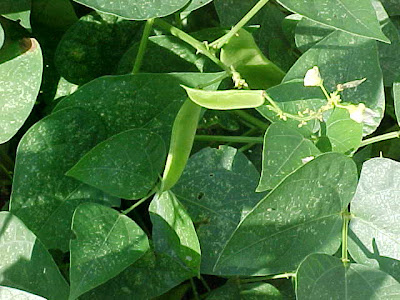 The pods of the Henderson Butter Beans are forming now. In another 30 days or so, they should be ready to pick. At this time of year, I'll only get one picking, but that's one that I wouldn't have had if I didn't plan ahead for this crop. The vines will be great for my compost. It pays to keep records of planting dates and scheduled harvests. I've been doing that for several years now using Microsoft Excel Spreadsheets. What an advantage that is for planning purposes! 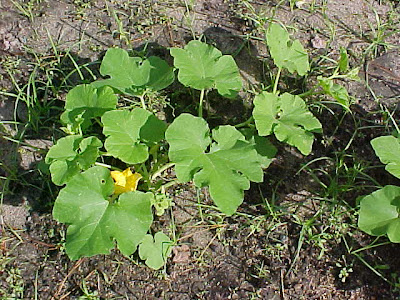 The Sugar Pumpkins don't seem to be bothered by the fact that we received over a foot of rain in the last 14 or so days. They actually seem to like it, as the vines are really starting to run now. 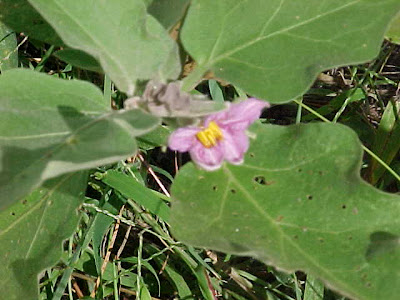 The eggplants continue to have blooms, although I'm not sure that they will have time to form into fruits before the first frost hits. 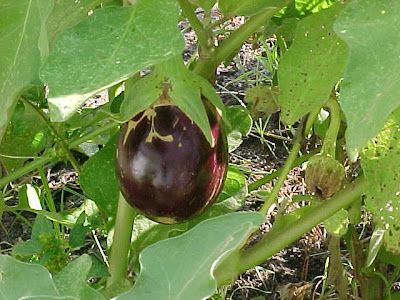 There are still eggplants that will mature before the first frost. You can see the green nubs of some that have already formed, and now they just have to fill out. They will probably be small ones, but nevertheless, usable for a fine meal. 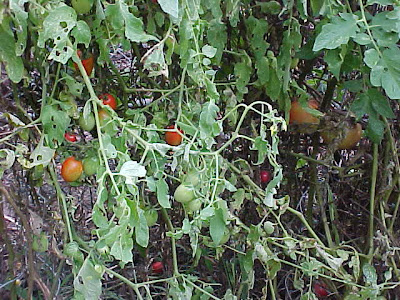 The tomatoes are finished for this year. They have the red and yellow color mixture that seems to indicate not enough heat during the day to ripen properly. I'll be using the good ones for green tomato relish. My grandson Noah helped me make that last year and the flavor of the relish was excellent! We had a great time working together on it. 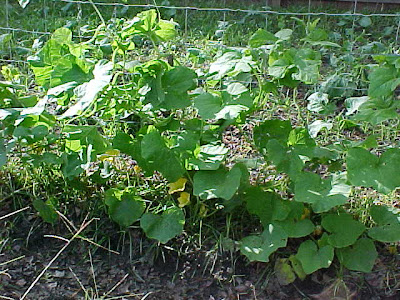 The butternut squash has taken to climbing the fence material better than I had hoped. There are many one to one and one-half inch fruits on the vines already. I hope they all mature without problems. 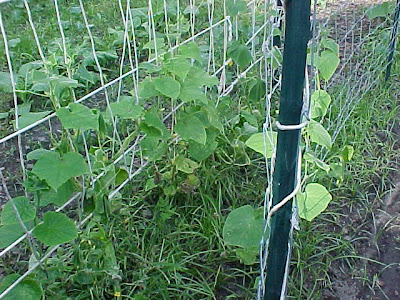 The burpless cucumbers are doing alright. The wind during the latest storms here beat them up a little, but the blossoms are still on them. Hopefully, with the temperatures warming up for the rest of the week here, the cucumbers will begin forming. 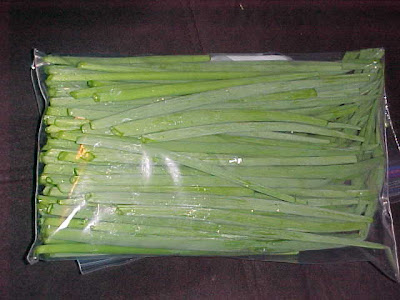 These are scallions that I just harvested. When I harvest these, I always cut the scallions from around the outside of the bulb, and leave the smallest shoot there in the center to nourish the bulb and grow quickly again. I used the bulbs from a container of store bought green onions that I had stuck in the soil after using the original scallions that were on them. They wasted no time in sprouting new ones. Since I harvested these and the plants were so healthy, I left the bulbs in the container of soil in case there is enough time for another bunch to grow to sufficient height before the first frost. Just before the first frost hits, I'll put the containers with vegetable plants into the garage and let them winter over there. I'm not sure what they'll do next spring, but maybe they will get a head start since the roots are established. 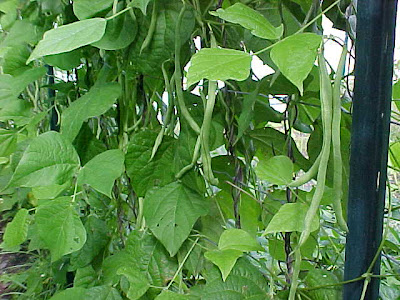 The Fortex snap beans from Johnny's Selected Seeds have successfully grown to their harvesting size. The beans are very plentiful, and I will be picking some later today or tomorrow. 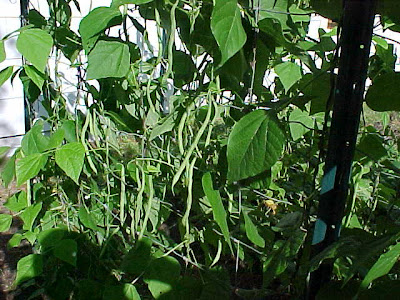 This is going to be as good a harvest of snap beans as the ones I had during the summer.

That's about it for now. I have to go get picking those snap beans!

As always, thanks for visiting, and plant a cool weather vegetable today. If you have any questions or comments, email me at: