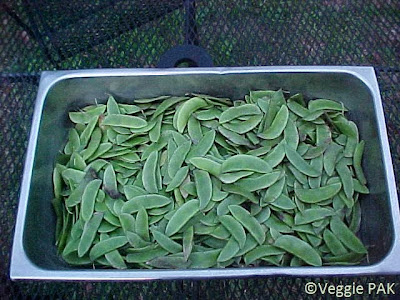 After the first fall frost, the butter beans were finished. The leaves were very frost burned and almost all of the buds that were growing were now dead. I decided to go ahead and pull each and every butter bean plant and harvest all the pods that appeared to have any formed beans inside them. I ended up with five and a half pounds of butter beans for their last harvest. 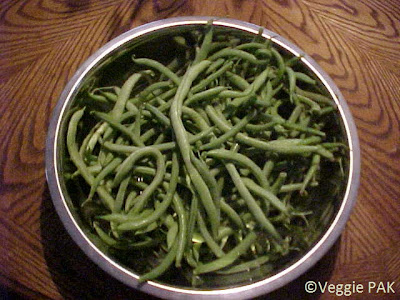 The tops of the rows of snap beans were hit hard by the frost. However, they appeared to offer some protection to the foliage below them as those leaves and buds were not damaged. There are many snap beans that are between three to five inches in length that I allowed to remain on the vines. I went through and picked the beans that were of sufficient size for harvesting, and got a total of two pounds, six ounces. If there are no more frosts for the next ten days, I should be able to get a final picking from the snap beans. 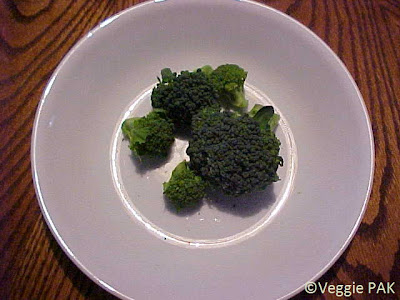 The constant strong southwest wind we had for a couple of days snapped off two broccoli plants at their base. I picked the available broccoli sprouts from them and they only weighed two ounces. The rest of the broccoli plants are looking pretty good. 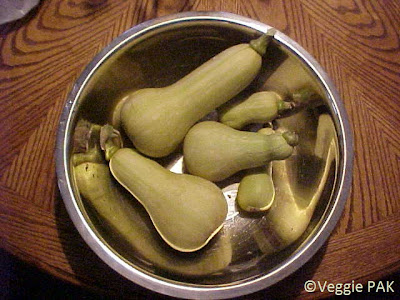 The butternut squash vines were killed by the frost. I was only able to harvest five fruits that weighed a total of a little over three pounds. I have them set aside in a dark place so they will hopefully turn to the tan color that they are supposed to be when mature. 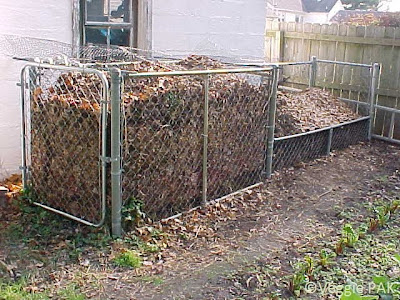 This is a picture of my compost area. I am proud of the design of this area. I started out on open ground, then went to an area enclosed with some cinder blocks, then went to the three bin style, then I created this style of compost area, and I think it is the best and most functional design that I have ever seen. I will do a posting during the winter showing the many stages of evolution to this design. At that time, I will explain the reason for abandoning each of those popular styles of compost bins. Normally, the bin on the left is used for cooling off the hot compost that is produced in the bin on the right side of the picture. However, a few days ago an opportunity came along. Two houses down the street, the homeowner was paying a man to rake and bag the leaves. I went and told the man that I would take the leaves for my garden, and he said that was fine. Since the cooling off bin had been emptied previously, I dumped 34 bags of leaves into the left area, wetting them down as I deposited them. Now, that bin is packed tight with maple leaves, and I'll have to wait until they settle more before I can add any more leaves to that bin. 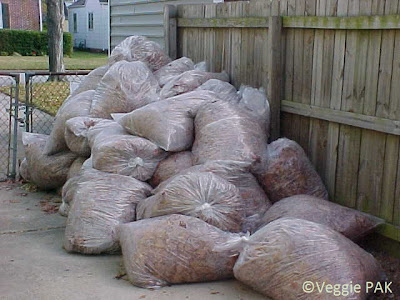 I was fortunate enough to pick up already bagged leaves that had been removed from the lawn of a nearby church, as I have done for the previous two years. This is the accumulation of bags of leaves from this year that I will be using in my garden this fall and winter. I now have all the leaves that I need for this year. 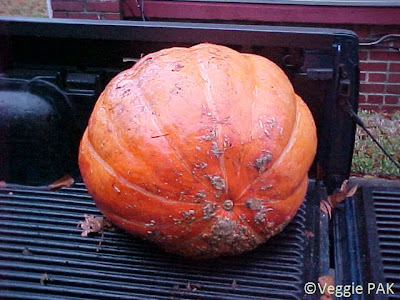 This portion of my post isn't so much harvesting as it is foraging. During one of our trips to the grocery store, I drove by this huge pumpkin that was put out for collection the next day. The first thing I thought of was the seeds! I wanted those seeds for planting and sharing next year! I went over there the following morning and picked it up and worked it into the back of my truck. It was so heavy that I could hardly manage to get it into my truck! I took these pictures to document the size of it for future use. 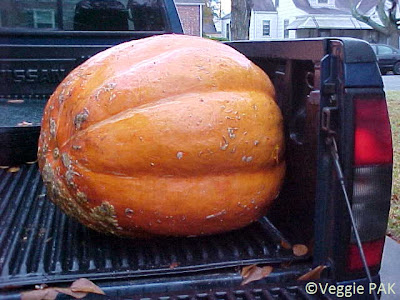 From this angle, you can see that the monster pumpkin was larger in diameter than the depth of the bed of my truck! 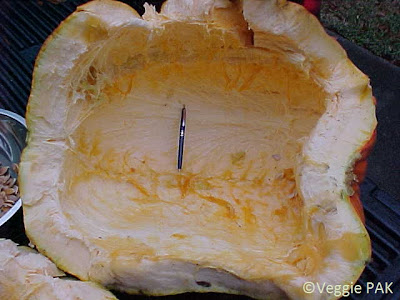 This standard size pen is dwarfed by the cavernous interior of this pumpkin. Imagine your hand holding that pen, and you can better realize the size of the pumpkin. 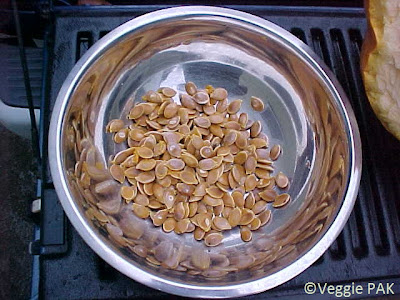 Even at first sight, the seeds seemed much larger than the common size of pumpkin seeds. 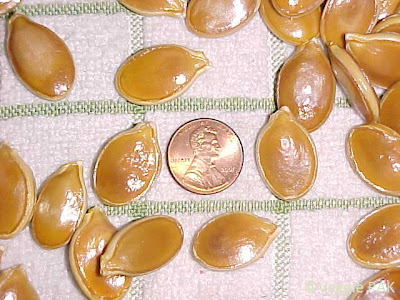 Here are those pumpkin seeds with a penny for size comparison. 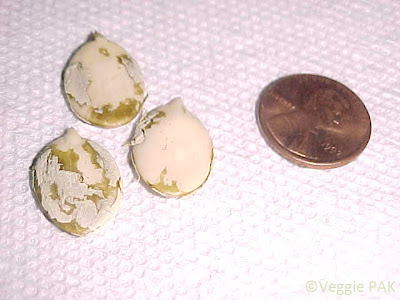 This is a size comparison between the shelled edible portion of the seed and a penny.


That concludes my posting for this week. I hope you found it interesting, and thank you for visiting my blog once more.

One more picture before I go. My son just came in the door and asked if I had looked outside tonight... 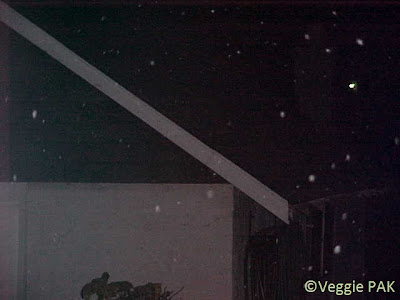 ...the Virginia weather is always full of surprises!

Veggie PAK
Posted by Veggie PAK at 9:12 AM