I decided it might be interesting to do a post about the results of sustained colder than normal temps on the garden. Even if we're not busy harvesting vegetables, gardens are still interesting to look at.
It started out with the first frost of the season a few days ago.
After the frost came the snow... then the constant unseasonable cold temperatures... 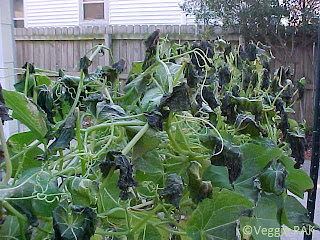 and this was the result. 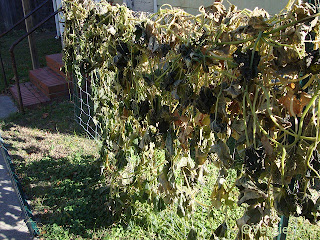 This is what the chayote looked like after our unseasonable cold snap into the 20's for several nights. 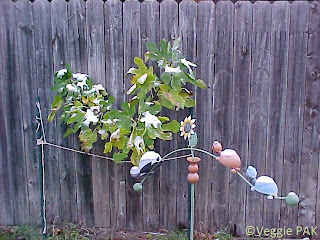 My fig tree survived the snow... 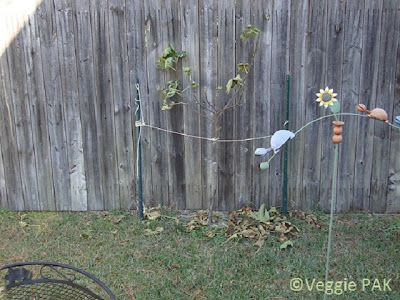 but the cold took it's toll. It will grow out in the spring. 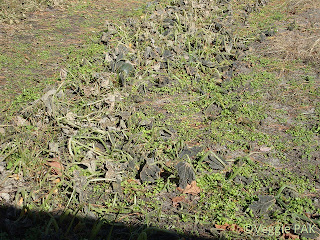 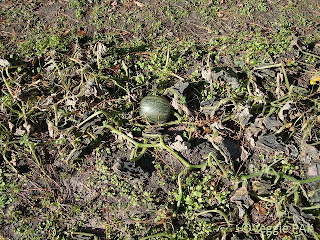 Only a handful of pumpkins will be picked and stored to mature. 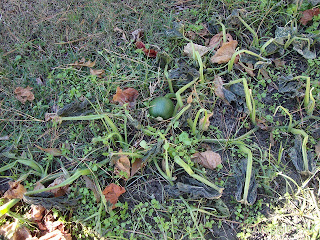 Here's another little one. 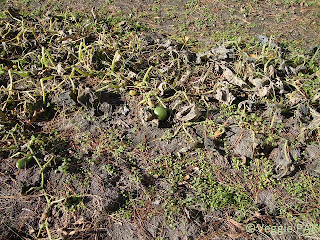 Here's a smaller one, and that's the crop. 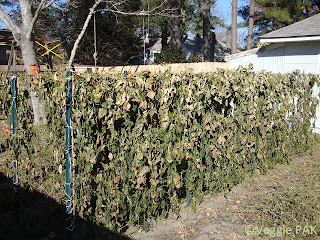 Here is a shot of the snap bean vines as they look now. I'm happy to say that this year I have not had the first problem with Mexican Bean Beetles! I don't know why that is, but it works for me! 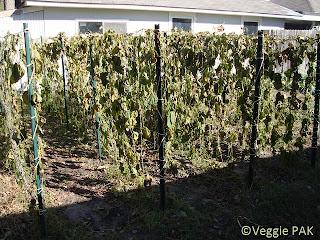 Here's another view of the snap beans. They're finished. 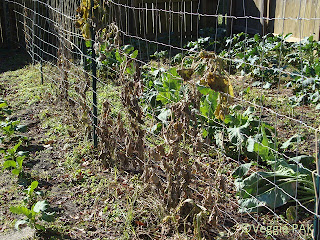 These are/were my butternut squash vines on the fence. 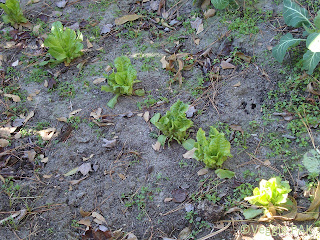 These are my buttercrunch lettuce plants. Surprisingly, they are doing very well after all this. I really expected them to be gone from the snow and bitter cold. 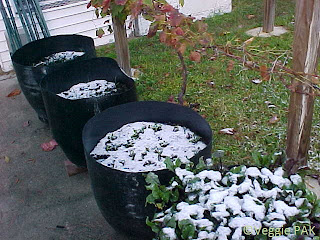 The salsify and beets got their share of snow. This is how my salsify plants look. Even though they're a cool weather crop, they laid down but they will pick back up. They won't be ready to harvest until early spring. 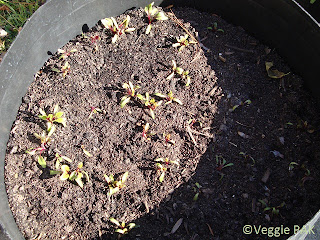 Here are some Detroit Dark Red beets. They're surviving, and I expect to harvest them in late spring. 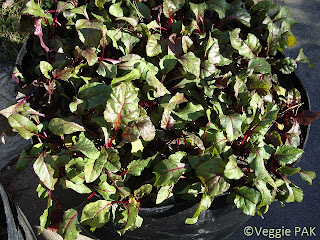 My Ruby Queen beets were planted on August 17th, and are taking forever to bulb up, but I'm not giving in. I'll wait them out! 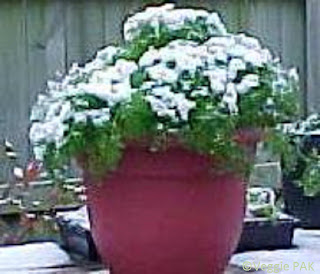 Maybe these are snow carrots! 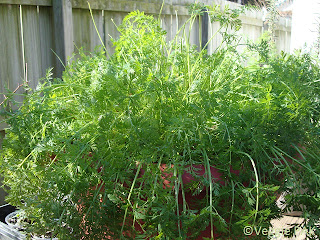 My carrots are in a state of shock. They look worse than when the snow was on them. 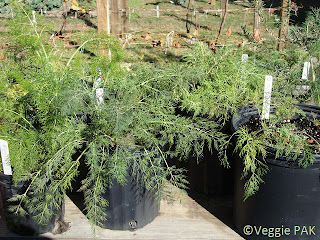 The fennel and dill are slumped over, but they are coming back as the day goes along. I'll have to put them in my shop for protection from the cold. These are going to be transplanted to serve as a butterfly food source for next year. 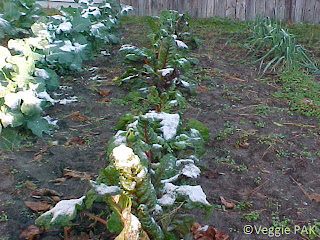 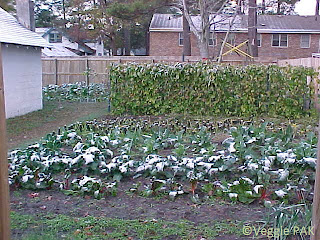 Here is a shot of the whole chilly garden. Although the beans are finished, it was time for them to be. Now the cold weather crops have to carry us through the winter to spring.
Thanks for taking the time to visit and for sharing your comments with me! Now it's time for hot chocolate!
Have a great vegetable gardening day!
Veggie PAK
Posted by Veggie PAK at 9:56 AM