Our 4th of July Harvest Monday.

Happy Independence Day!
(Now if we could just gain our independence from the corporations that have been allowed to rule this Country...) 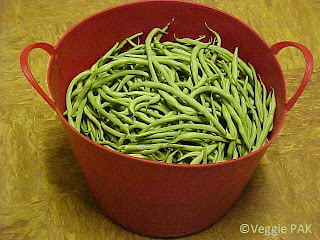 Eleven and a half pounds of organic snap beans were picked on Tuesday of this week. The vines are covered with blossoms, so the harvest should be great. 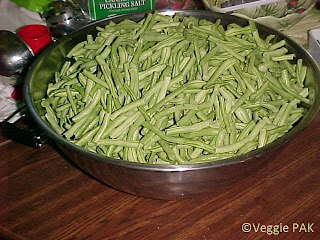 All snapped and ready to be canned. This is a 16 inch diameter mixing bowl, nice and full. 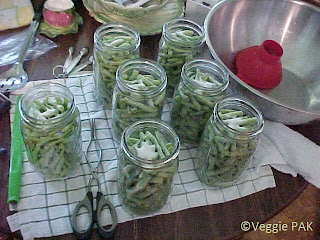 After sterilizing the jars, it was easier to fill a canner load's worth of jars with the beans and salt before putting all the lids on at the same time rather than to prepare them one at a time. 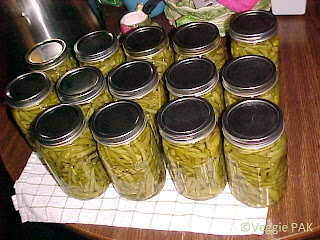 The eleven and a half pounds of snap beans converted into 14 quarts. 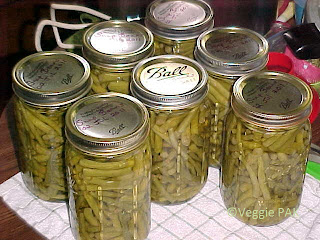 On Thursday I picked again and got six and a half pounds of snap beans. That was enough for seven quarts and I had a pint or so left over. 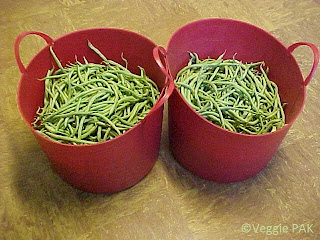 On Sunday I needed to pick again. This time I got an amazing 19 pounds of fresh organic snap beans! 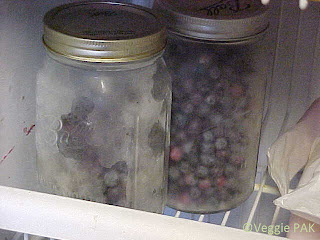 I've been accumulating my blueberries in our freezer so I can make blueberry jam. This week alone I picked 10 ounces of organic blueberries from four small bushes in our yard. 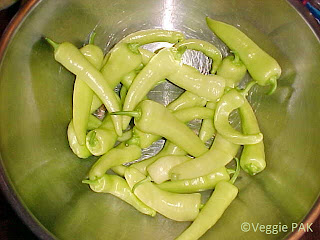 The banana peppers were ready to be picked again. We got 27 of them that weighed a total of one and a half pounds. 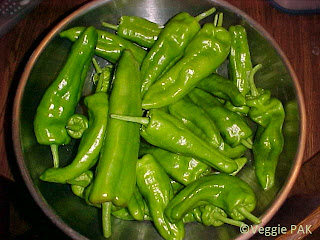 The giant marconi peppers did well for us this week with a harvest of 31 peppers that weighed four pounds.


Now for some American patriotism for the 4th of July!  What could be more patriotic from the garden than Red, White and Blue organically produced seedless grapes? 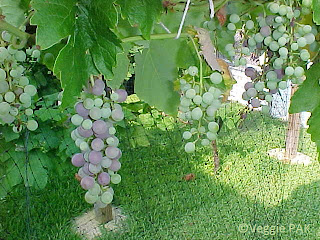 The Reliance (red) grapes still need another couple of weeks to ripen. 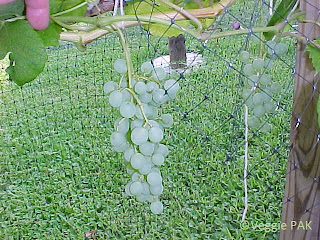 The Himrod (white, when using your imagination..) grapes also need another week or so to sweeten up. 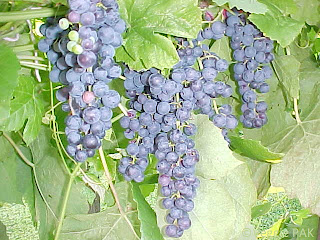 The Glenora (blue) grapes are almost ready. Two or three more days and they'll be ready to harvest.

This completes another Harvest Monday post for my blog. I hope it was interesting and will inspire folks to go and figure out where they can plant a few more things they can benefit from. There's always room. If not, use a container.

Thanks to all my new and returning visitors that stop by my blog to see how my garden is doing.

Have a great gardening day! Now go plant something!
Veggie PAK
Posted by Veggie PAK at 10:12 AM