Our weekly harvest began with another 19 pounds of Fortex green beans picked on Thursday. 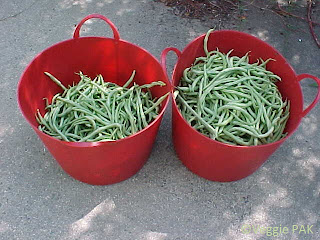 We are really thankful for the bountiful harvests of these delicious beans this year. 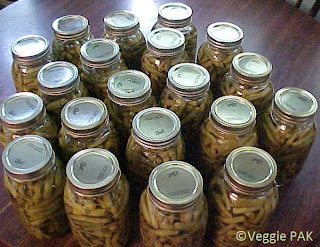 That harvest let me pressure can another 21 quarts of beans. One seal didn't take, so I put that jar in the refrigerator. 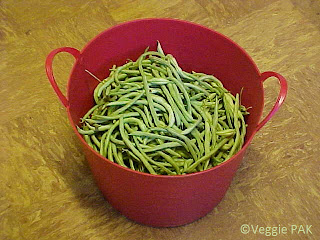 On Sunday just three days later, I went out and picked another nine and three quarter pounds of Fortex green beans. I have gotten 74.5 pounds of beans in just six pickings from 120 feet of total row length. There are still several hundred small beans still growing on the vines, so it's not over yet. 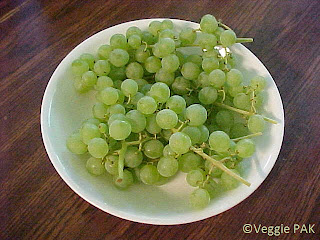 Our first Himrod grape harvest ever produced 1.06 pounds of these seedless grapes. I think this was the first and last picking of this type for this year. They are very sweet. 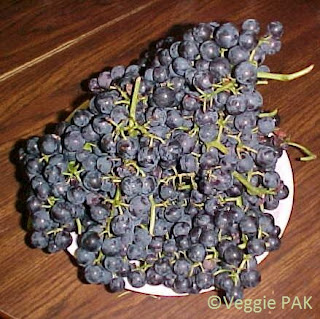 We also brought in our first harvest ever of Glenora seedless grapes. They weighed 2.75 pounds. We really had to fight the robins for these!


Harvests with no pics for this week:

Blueberries did well with .6 pounds. (6/10 lb.)
Sweet banana peppers weighed in at one pound with 19.
Giant Marconi Peppers were great with 27 weighing in at a total of 3 pounds.
Sweet Bell Peppers produced 4 fruits at 1/2 pound total.
Straight 8 cucumbers so far produced only one small cuc that weighed only 6 ounces.
A single Parks Whopper tomato at 7 ounces.
Whiteout sweet corn had two small ears at 7 ounces.


That concludes our harvest for this week.

Thanks to each and every visitor to my blog and also those that share their comments with me.

Have a great vegetable gardening day!
Veggie PAK
Posted by Veggie PAK at 8:47 AM