Remember that picture of the median strip crabapples in my last post? I successfully transformed that twelve pounds of crabapples that were in the bucket into something delicious.  I ended up with nine half-pints and one pint of crabapple jelly... that wasn't runny! 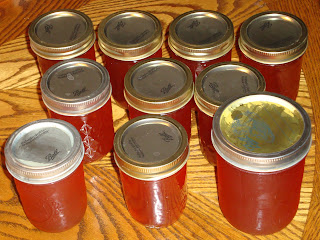 Next on the agenda was the fourteen pounds of freestone South Carolina peaches I bought from Beazley's Produce Stand on Indian River Road. 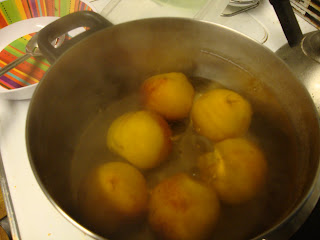 I blanched them in order to get the skins off easily. 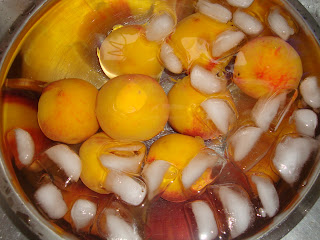 Then I placed them in ice water to stop the cooking process. 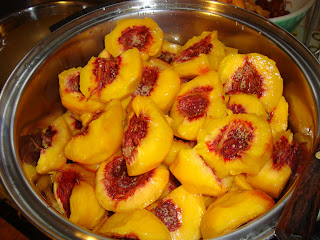 After peeling them and removing the pits, they really looked tasty! No cheating though. I didn't eat any of them. 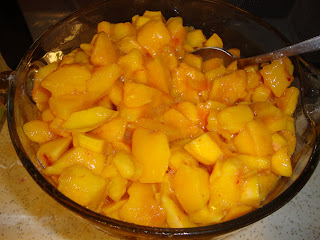 After removing the pits and skins, I cut them up into much smaller pieces for processing.


Then I mashed up the peaches while listening to some old tunes on the radio... 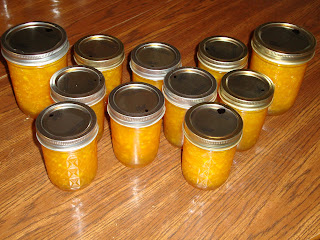 The finished product was nine half-pints plus two pints of peach preserves! 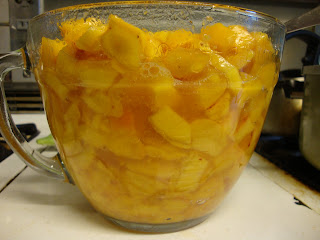 Now it was time for canning sliced peaches. They sure looked good! 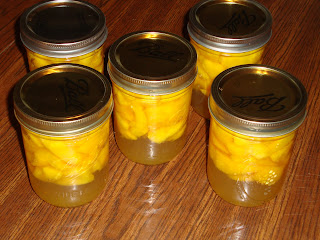 I was able to get five pints of sliced peaches from what I had left over after the preserves. There's a little floating issue going on, but this was my first try for canning sliced peaches, so I claim it as a success!

This week I faced the task of picking the Marconi peppers that were in the garden. I had to get help from any available source. Granddaughter Celie was readily accessible and very willing to help her Poppa! 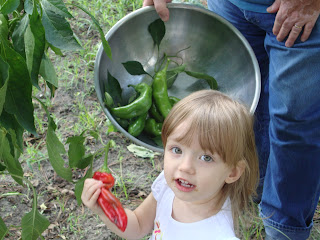 She liked picking the special red one! She thought that was neat! 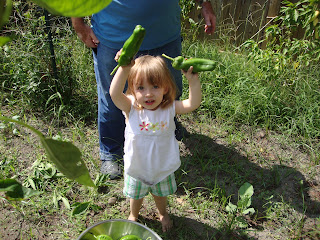 Look Poppa!
(She loves going into the garden barefoot!) 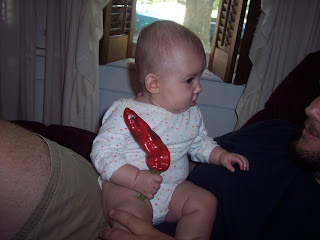 Being young is not an excuse for not helping to get the harvest in. We all have to do our part, and little sister Eleanor pitched right in! 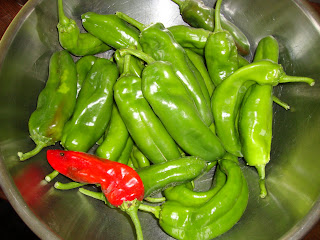 There were 26 Marconi green peppers weighing in at a total of 3  1/4 pounds. We took them in the house and prepared some right away for dipping in blue cheese dressing. They were delicious! 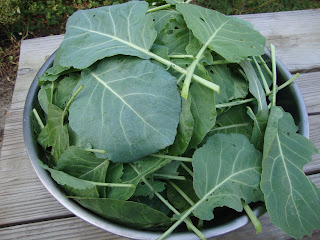 I picked collards for the first time this season, and they weighed in at 2  1/2 pounds. Although the leaves are small, the taste will be great! 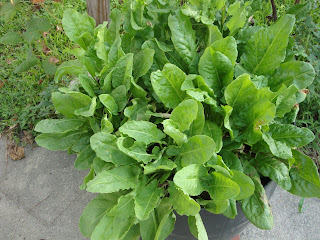 The sorrel finally looks pretty happy and healthy in the half barrel I have it planted in. 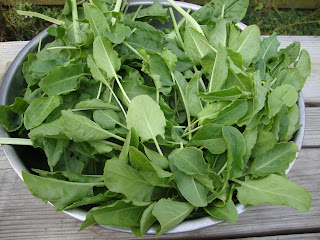 After picking, it weighed 1  1/2 pounds which is quite a nice harvest. Sorrel soup is one of the items on the menu for tonight!

This week's figures bring the total weight of harvested organic produce this year to 286 pounds. That equates to a market value of $1,094.35.

That concludes another Harvest Monday posting from our garden. Thanks for stopping by and seeing what is going on. I hope more and more people will begin growing some of their own food.

Visit Daphne's Dandelions for some wonderful information on gardening!

Have a great vegetable gardening day!
Veggie PAK
Posted by Veggie PAK at 10:24 AM