Our Last Harvest Before Fall Arrives.

Once again it is time to be grateful for our weekly harvests of home-grown vegetables. Sustained cool weather is coming closer each day that goes by on the calendar, so we have to harvest all that we can while we have the opportunity. A small fresh vegetable in my hand is better than a larger one that went bad on the plant, so this time of year I tend to play it on the safe side and pick the smaller ones too. 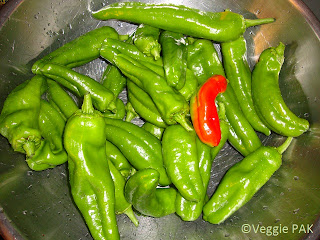 I was able to pick 27 giant marconi peppers that weighed a total of 2 1/2 pounds. The wind is beginning to affect my tall plants even though I have them tied up, so some of these picked were the smaller ones. 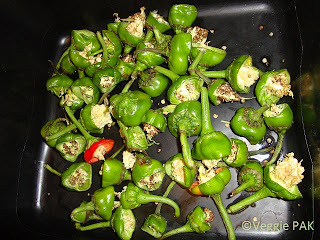 When preparing the peppers, I save the crowns from the larger peppers in order to dry them out and save the seeds. Although it looks like a lot of seeds here, many of them are immature and are not capable of germinating. After they are dry, I will sort them out by size. I figure that the larger the seed, the higher probability of successful germination in the spring. 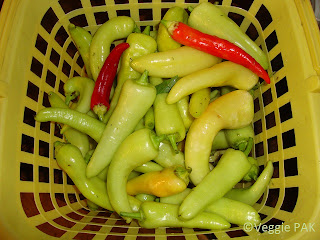 The sweet banana peppers did well again. I got 67 of them and they also weighed in at 2 1/2 pounds. There are still many blooms as well as very small peppers (about 1 inch long) on the plants. They'll keep until next time I pick, which I expect to be in about ten to twelve days. 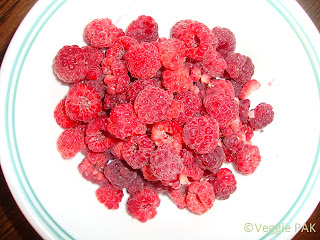 The heritage red raspberries continue to do well. This week I picked 4 1/2 ounces of them. That gives me a total so far this year of 2 1/2 pounds! There are dozens more still forming on the canes. 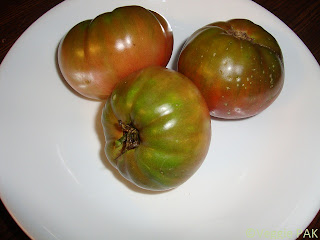 This is my first ever harvest of Cherokee Purple tomatoes! These three totaled just a few points under a full pound for all three, not each. There are several smaller ones still on the vines. 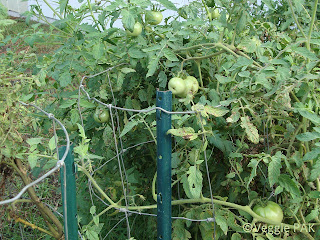 My Park's Whopper and Burpee's Big Boy tomatoes still have green tomatoes on the vines, and they even have new blooms. 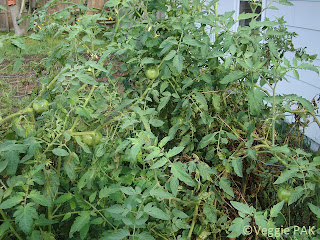 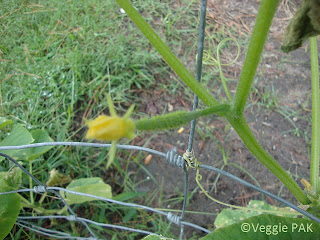 I have just one female bloom on my cucumber vines. 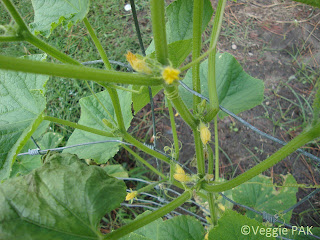 All the rest appear to be male. I have only two vines remaining in good health, as all the rest have died already without producing a single nice cucumber. I think I'm going to try hand pollinating this one to see what will happen. I figure at this point, what do I have to lose?


Thanks to all my visitors for taking your valuable time to stop by my blog. Feel free to share a comment with me if you would like to. I enjoy hearing from you!