Our harvests from our back yard organic garden are doing great this week! We couldn't ask for more without being greedy. 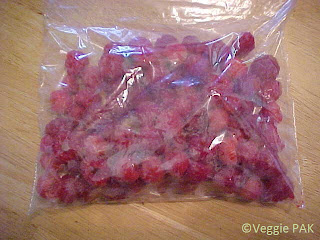 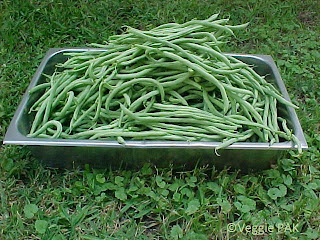 On Wednesday I picked thirteen and a half pounds of green beans and canned them the next day. I needed a little more to fill a couple of canning jars to have another full canner load, so I picked an additional one pound thirteen ounces of green beans. 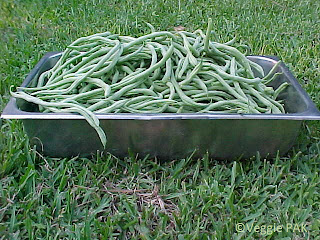 On Saturday I went and picked twelve and one quarter pounds of green beans. Today I'll be canning them. 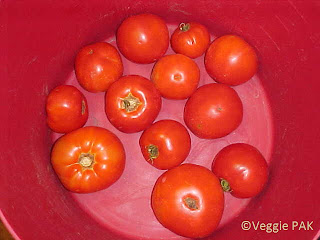 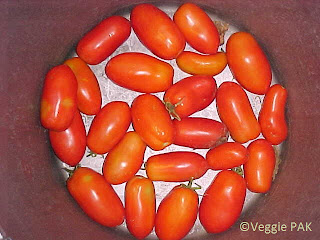 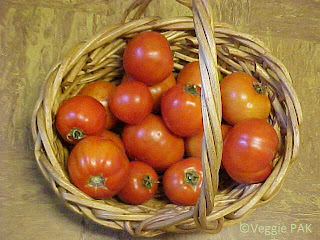 I picked fifteen Celebrity tomatoes that weighed in at seven pounds fourteen ounces. 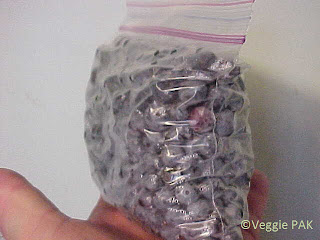 Here is my first blueberry harvest since installing the bird netting. It weighed in at fifteen and three-quarter ounces! On Sunday I picked an additional four and one half ounces, for a weekly total of over one and one-quarter pounds of blueberries! Realistically though, I'm not expecting near that weight for next week's report. 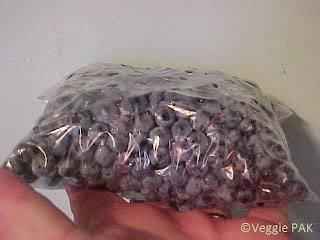 Here is a side view of the over fifteen ounce bag of blueberries. 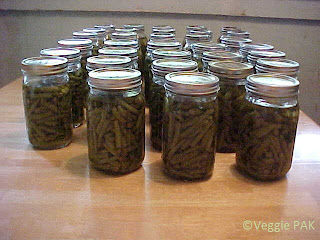 This is the end result of all those green beans from last week being pressure canned: 33 Quarts! Now I have to pressure can the twelve pounds of beans that were just picked. 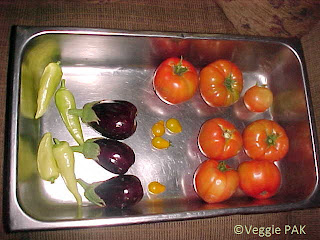 Granddaughter Celie helper her Poppa pick these fine organic vegetables. Four and one-half ounces of sweet banana peppers; three black beauty eggplant @ thirteen ounces; seven Park's Whopper tomatoes @ three pounds twelve ounces; and four Yellow Pear tomatoes @ one ounce. Celie told me they weren't pears. She turned one upside down and said it was a balloon! She was right. It looks just like one!

The harvest from this week brings the total harvest weight for this calendar year to 201 pounds so far.

I'll close now so I can get the pressure canner heating up for all those beans.

Thanks for visiting and sharing your comments with me.