After the failure to harvest more than four ounces of potatoes from the barrels, I decided to give it another try before the weather in the coming months would foil the attempt completely. Today I drilled two additional half-inch diameter holes through the lowest lateral surface of each of the four potato barrels in order to ensure more thorough drainage. I covered the holes with a piece of window screening in order to prevent the soil from escaping through them.

I used the prepared Russet seed potatoes that I had available and planted them into the six inches of soil that I had placed into each barrel. I lightly sprinkled some organic fertilizer onto the soil, and also put a light dusting of blood meal on it for the nitrogen neccessary to get the green foliage growing more quickly. These potatoes will have a scheduled harvest date of late December, so I need to speed them along every chance I get. Undoubtedly, I will have to make a decision prior to that time that "it has been long enough" if the weather turns bad for any length of time. However, I don't expect that decision to have to be made until sometime in November, unless the plants give up sooner.

The following pictures show what the seed potatoes look like in their barrels: 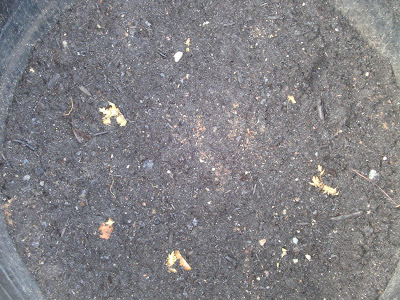 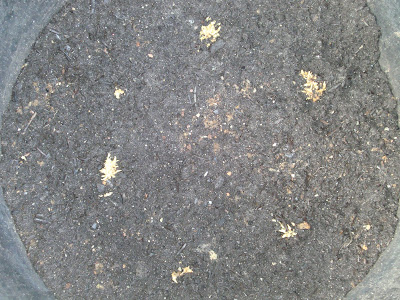 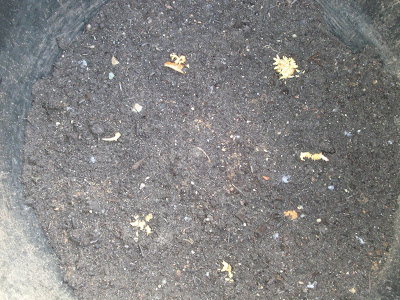 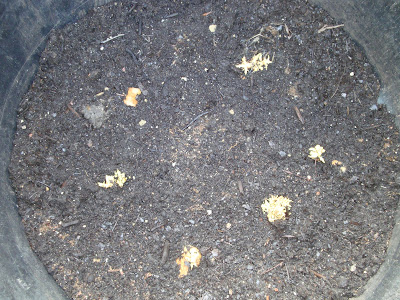 Hopefully, they will start growing vigorously so they can at least produce a harvest of baby potatoes for late fall/winter.