I hope everyone had a great Thanksgiving and realized all the blessings that are constantly bestowed upon us. I consider our wonderful vegetable gardens to be one of those blessings for each of us. 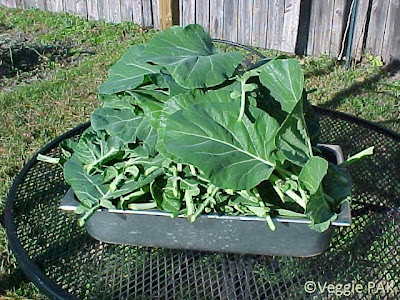 These are the 7.5 pounds of fresh collards that I picked to add to our family's Thanksgiving dinner. 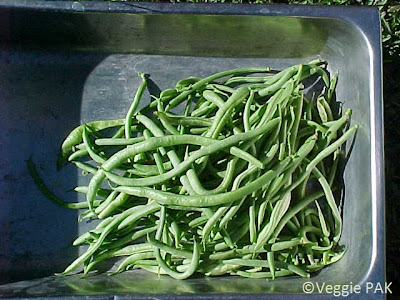 The third picking of snap beans to be used for Thanksgiving dinner weighed in at 2 pounds. When combined with the previous two pickings, there was plenty to go around. 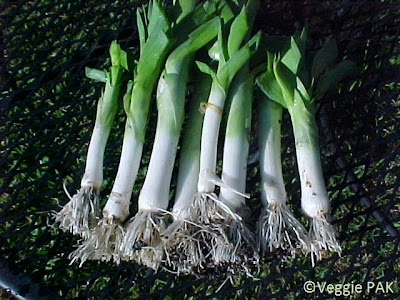 I picked 1.25 pounds of leeks to make potato and leek soup this week. 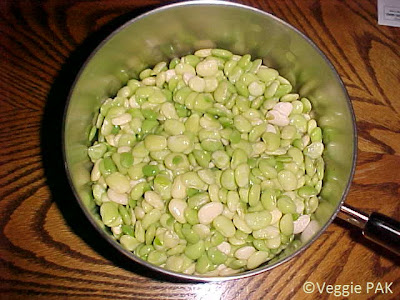 Two pounds of butter beans picked and shelled this week added to the previous two harvests helped add to the bounty.

This week's harvest combined with the previous ones brings the total harvest weight for this calendar year so far to be 1,408 pounds. That's the equivalent of 0.938 pounds per square foot from a 1,500 square foot garden.

There's six weeks left in the calendar year. I still have a 20 foot row of swiss chard that hasn't been picked yet, and a 26 foot row that is growing back fast from the first harvest where I just cut them all off at two inches high. Then there are 96 row feet of Brussels sprouts, and 76 row feet of broccoli that haven't been picked. Both of those are growing pretty slow though, so I doubt if they will make it into this year's total weight. But even if they don't, they will go into next year's total weight as they will be harvested during that calendar year. I will have one more harvest of snap beans, and one more harvest of butter beans before I pull them out in order to plant the rest of the cool weather crops this year. I also have just a few butternut squash ripening on the vines. They haven't done particularly well this year or last. They may face elimination from the garden next year. The buttercrunch lettuce is growing back from the first harvest, so there will be a second harvest of that, but it's lightweight so maybe I'll get 3/4 pound from that. I have 56 row feet of collards that haven't been harvested yet, and a 28 foot row that is growing back just fine after the first harvest. I have a container with chantenay carrots that are scheduled to be harvested this week. I have a 20 foot row of sugar pumpkins that are racing for maturity against the first killing frost. Our first frost was to have been on the 23rd, but that morning it was 56 degrees.

I have salsify (oyster plant) growing in two cut-off barrels, but that won't be ready until spring. 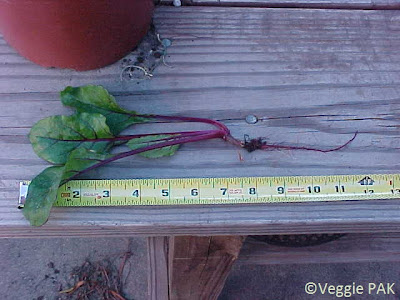 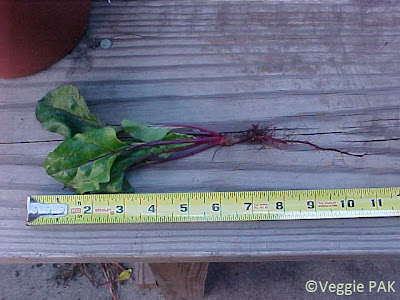 I have beets growing in cut-off barrels in commercially prepared potting soil that grow the same way in the ground. According to schedule, they are ready to harvest. However, as you can see, I have yet to find any developed root bulbs. I had the same problem when I planted them in the garden. No "beets". These are pics of two of the beets after growing for 68 days in one of the half-barrels. They were supposed to be ready for harvest in 58 days. It looks just like the ones from the garden last year, but the seeds were from a different supplier. This is certainly a recurring and perplexing problem. I reluctantly have to say, "It beets me!" I had my soil tested last year, and all the minerals were within range except that I had to add lime. That was it.

That about does it for this weeks harvest and "state of the garden" address.

Thanks for visiting and if you have any suggestions for that beet problem, please share them with me! I have the same problem trying to grow radishes. Radishes! Can you believe that?

Have a great gardening day!

Veggie PAK
Posted by Veggie PAK at 9:32 AM