Night time temperatures have been dipping down into the mid-forties here. As a result, the production from the second crop of warm weather vegetables is substantially slowing down. The first fall frost is supposed to occur here on November 23rd. Although the cool nights are slowing down bean pod growth quite a bit, the snap beans are still producing new flowers. Hopefully, the honey bees from the hives two yards away will come over to pollinate them in the warm mid-day temperatures. Today it was 70 degrees in our back yard garden. 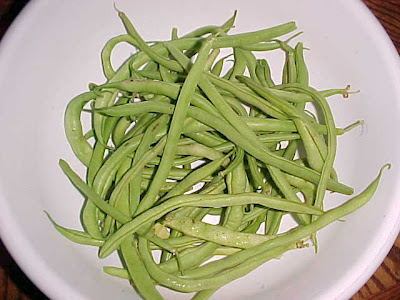 The snap bean harvest is dwindling down now. This week, I was only able to pick one pound six ounces. Still, I'm grateful for it. 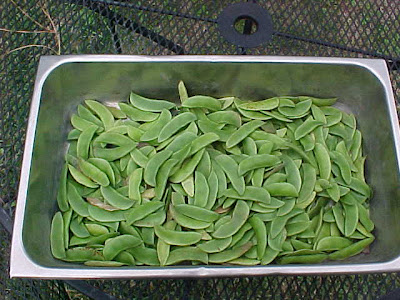 The butter beans surprised me with another good picking that weighed in at three and a half pounds. I felt sure that there was only going to be one more picking, but I'm glad I was wrong about that. It is remarkable that the butter beans as well as the snap beans are still producing flowers for additional beans. There are several hundred butter bean pods that I am hoping will fill out before the frost gets them. It has gotten to the point of us watching the evening weather report and looking for frost warnings. When we're expecting frost, I'm going to cover the row with old bed sheets in hopes of preventing damage. 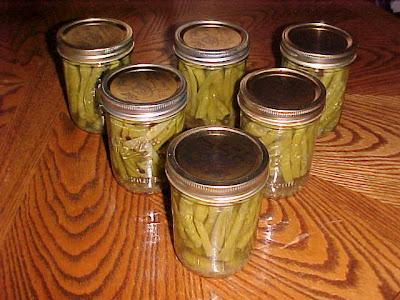 I used the snap beans from last week and canned six pints of Dilled Green Beans, using a Mrs. Wages prepared recipe. I haven't canned them before, but I like dill and I like green beans, so they should be good. 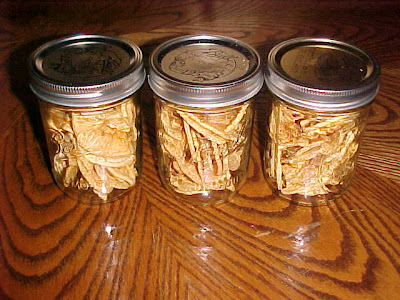 I thought I would try my hand at dehydrating apples. Since I don't have an apple tree, I used store-bought apples. They came out pretty good. I pre-treated them with citric acid before dehydrating them, then after they cooled, I stored them in Ball canning jars to keep the air out so they would last longer.

By next week, I hope to be picking Swiss chard. It's just about ready.